The Watering Down Of Villains In Animation

I’ve been watching a lot of Nostalgia Critic videos. He has ranted on several different cartoons from his childhood. The one thing I noticed is that a lot of the villains are incompetent rubes.

Cobra Commander, Skeletor, Shredder; these are just a few of the casualties in the watering down of what should be great villains. It’s often said that a hero is defined by the threats he faces. As such, it would make sense to create villains that are intelligent, cunning, brutal and strong. Instead, what a lot of the children’s shows gave us were morons or cheesy wanna-bes.

I didn’t watch much GI Joe, so I’m not familiar with Cobra Commander’s background. I do know that he’s supposed to be a threat to the world, or at the very least, the free world. He’s the head of a vast terrorist organization isn’t he? Those aren’t exactly fast food resteraunts, it takes skill and intellect to climb the ranks and achieve such a high position. Instead, what we’re given is a faceless foe with a silly voice.

Shredder suffered as well. I know the comics are much darker than the ’87 cartoon. This much was evident in the movies as well as the more recent animated series. He’s a ninja master who should rival at least one of the turtles. Again, we’re given a whiny pretty much useless antagonist who somehow expects victory even though he’s an imbecile.

The few times when someone did try to write a mature cartoon that didn’t pander to its audience, there was an outcry. Take the early episodes of The Real Ghostbusters, the episodes written by J. Michael Stracynski were brilliant, on par with the movies. They provided credible threats to the team and kept the stories exciting without sacrificing any of the wit. Even now those episodes hold up to viewings even though I’m much older. Parents got all worked up and complained. As such, the episodes got goofier and goofier with a larger focus on the annoying as all hell Slimer. God I hate Slimer! He was fine in the movies, but the animated one just annoys me to no end! Ugh. Animation studios in Singapore could have made it better.

But I digress. Look, I’m not saying that writers should make all their villains hardcore and fill their shows with gore and language to make them more mature, but you can make great villains even without those things. Look at Darth Vader, he’s scary, authoritative and not a numbskull, and yet little kids can watch Star Wars without being traumatized. Disney has also been good about giving us good villains, Ursula, Scar, that T-Rex from Land Before Time, and I’ve heard nothing but great things about Millificent from Sleeping Beauty.

These villains stand the test of time because they pushed the hero to their limits. The bad guys are supposed to be at least a little scary. The occasional moron is fine, but a true nemesis needs to be more. Captain Hook should not be a crying wuss. Lord Zedd did not need to be wussified. Look at the DCAU, the villains there were all handled pretty much perfectly. The villains were just that, villains.

I want to believe that Skeletor can be a great villain. The cartoon and the movie both botched it, but still for some reason, I hold out hope that some writer will come along and make him the epic villain that he should be. They are making another Masters of the Universe movie so maybe it will happen.

There is nothing wrong with a scary villain. I know that the natural instinct is to try and protect your kid, but these are just fictional characters. Besides, kids love being scared. It adds some element of excitement and sparks their imagination. It’s why they always want to hear scary stories. Not every villain needs to be nightmare fuel, but treat the characters seriously. Doing that will benefit you in the long run as it will not only draw viewers in at a young age, it will keep them watching for years without looking back at it and asking themselves what it was they loved about the show in the first place. 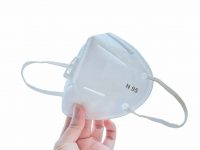 Easy Tips To Clean And Reuse A N95 Mask! 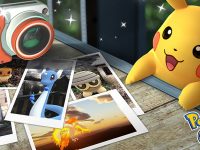 Pokemon Go And The Merit Associated With It For The Players 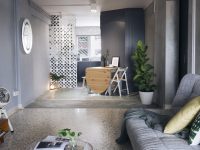 A few tips that are beneficial in choosing the best flat 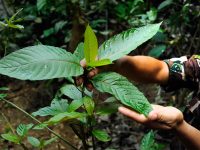 What Are We About? – Understand the product 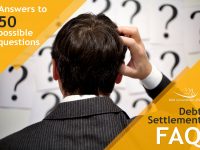 What is debt settlement? Check out its working process and the risk involved